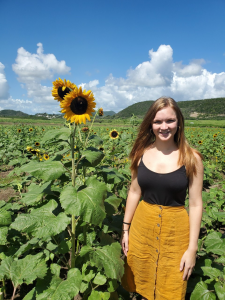 Advice from a sunflower: spread seeds of happiness, rise, shine, and hold your head high! 🌻

We recently caught up with #NDSUintern Jasmin Kaempfer who opened up about her time as an intern at NDSU, the doors that it opened for her, and the lessons she learned along the way. Read what she had to say about perseverance, authentic connections, and the challenges that can sometimes accompany being an international student.

I believe having internship experiences, or any work experience, is critical to the success of a college graduate. Not only do internships provide a platform for real-life applications of knowledge learned in the classroom, they are also a door to opportunities. Obviously, how many connections you need depends on your major, but specifically for business students, internships are important to gain a foothold in the community.

Throughout my college years, I did three internships. The first internship was in an industry that I wasn’t quite interested in, but I still learned a lot about how to run a successful business. It was the first time that I was expected to work full-time which was hard at first. But I also learned that hard work will be rewarded as I was the winner of the internship competition that the company was holding. 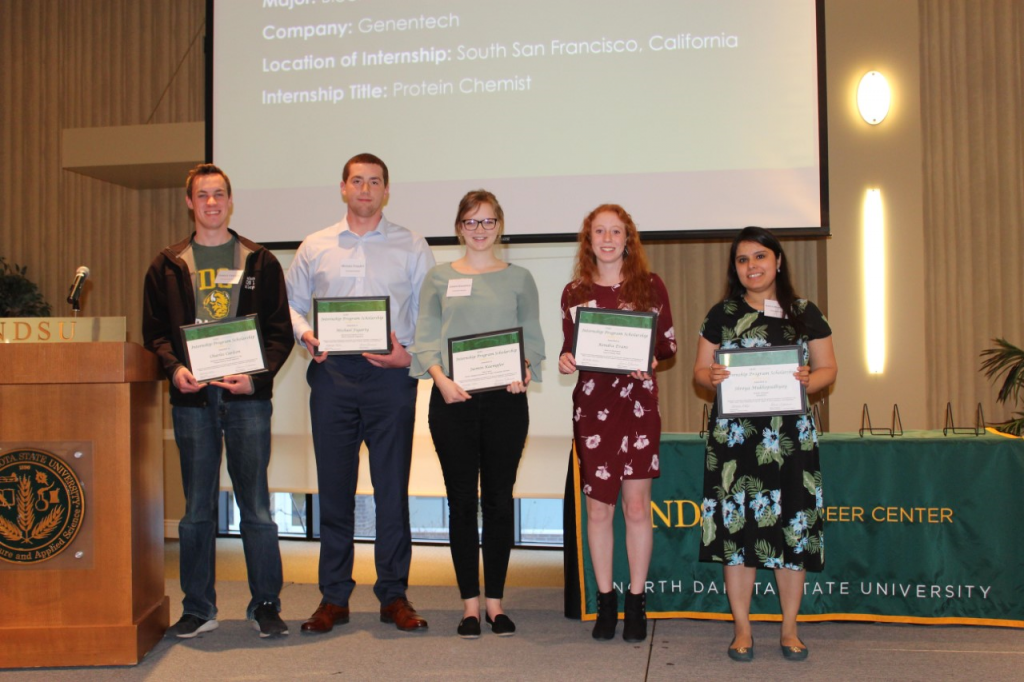 Jasmin (middle) and other #NDSUinterns receiving their awards on campus last year!

The second and third internships were at a company that I had heard about from my international student advisor. The company was also present at the NDSU Career Fair and because I was already in the company, we had a great conversation that day. I was invited for an interview and started the internship a few weeks later. After the summer, I spent a semester abroad, but I reached out to them again when the spring semester was approaching. I was offered a different position. This is were connections come into play again. I was offered another position and was hired without an interview or without any further questions because the company had already gotten to know me and knew my work ethic. Throughout the semester, I got to know people from the parent company. I had a great conversation with the people there and was asked “What do you want to do?” They had a position open that I was really interested in and based on my answer, I was referred to a hiring manager in the strategic marketing/business development department. I had to go through the interview process, but I believe that having someone refer me helped in getting me that interview in the first place.

Going through an internship experience helped me figure out what I want to do. Many college majors allow you to do so many things and it is hard to figure out where to start a professional career. Internships can teach you what you want and also what you don’t want in a job.